Do Men Have Different Oral Health Needs than Women? 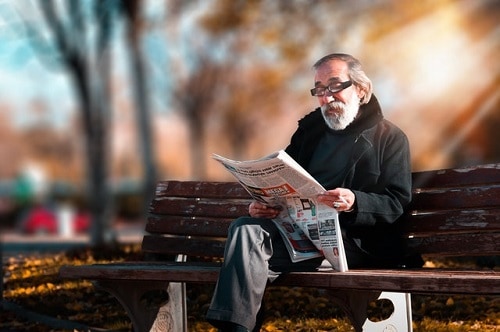 We’ve all heard of the book, “Men Are From Mars, Women Are From Venus,” which explains some of the main psychological differences between these two genders. But did you know that these differences extend into dentistry? It’s true! Just ask your dentist in Broomfield. Since men are more likely to avoid regular dental care, they often have unique needs and are actually at more risk for more dental problems than women.

Dentists always recommend that all patients visit at least twice a year for preventive checkups. But many men don’t see the dentist regularly. In fact, according to research from the Centers for Disease Control, just shy of 60% of adult American men go to the dentist every year. This habit, along with others, often means that men have different oral health needs and complications than women. Let’s look at a few.

Starting with the basics, the truth is men are less likely to brush their teeth twice a day and after meals. They’re also less likely to change their toothbrush every three months or after a cold. These oral hygiene habits can certainly cause some concern for your dentist in Broomfield.

Statistically, men are more likely than women to partake in habits that can put oral health in danger, such as using tobacco products and drinking more alcohol. These lifestyle habits can make dental care different for men than women and may require additional appointments to the dentist.

One of the serious oral health issues that usually affects men more than women is gum disease, perhaps because of their increased likelihood to smoke or drink alcohol — both of which are known contributors to the development of gum disease. In fact, according to the American Academy of Periodontology, 56% of men have gum disease as compared to only 38% of women. When not caught and treated in the earliest stages, gum disease can lead to tooth loss, as well as an increased risk of heart disease, certain cancers, and prostate health in men. This is one of the main reasons why preventive dentistry checkups with your dentist in Broomfield are so important.

Over 53,000 people will be diagnosed with oral cancer this year, nearly 10,000 will die from it, and it’s another scary disease that affects men more than women. In fact, oral cancer is twice as common in men than women. Oral cancer can be found in any of the soft tissues in the mouth, including the tongue, lips, cheeks, or the far back area of the throat (oropharyngeal cancer). The good news is oral cancer can be treated successfully if caught early. Which is another reason to see your dentist regularly.

We already know that many men will avoid going to the dentist every six months. But men will see their Broomfield dentist if they’re experiencing a problem. However, at this point, it’s often too late for easy treatment. When problems are small and are caught early, treatment is usually quick and easy. In fact, many people won’t even know they had a problem since they probably didn’t have any pain. However, when problems are left untreated over time, small issues can quickly become big problems. These big problems also often require more complex care such as a root canal, dental crown, extraction, dental bridge, or dental implant.

No matter your dental needs, your lifestyle habits, or your gender, it’s important that you see your dentist every six months. These visits help catch problems early, remove plaque buildup from your teeth, and give your dental team a chance to chat with you about your oral hygiene habits. Call to schedule an appointment today.

Replace missing teeth with any of our options at Broomfield Family Dentistry!
Call now.

We’ve all heard of the book, “Men Are From Mars, Women Are From Venus,” which explains some of the main psychological differences between these two genders. But did you know that these differences extend into dentistry? It’s true! Just ask your dentist in Broomfield. Since men are more likely to… Read More…